The Blog Has Moved!

This blog has moved!

It's revitalized and loaded with prompts, articles, and inspiration!

Creativity is forged in the fire of the unconscious and the unfathomable depths of the unknown where nothing is predetermined and everything is possible. This is the realm of the right brain, which is also the dream state. It is the place of images, feelings and mystery. It is non-linear. People at home in the right side of the brain swim in the sea of mystery and possibility with a certain fearlessness that they often do not know they own.

The right side of the brain is not afraid of or even aware of the potential for failure; it is looking for possibility not definition. People who are right brain dominant and are comfortable expressing creativity, allow themselves to swim in this great sea of possibility without fearing they will never make sense, grow or complete. They intuitively understand that the left brain, its organizational ability and its drive to complete will step in at the right time. In other words, they trust the creative process, which is a dance between the right and left sides of the brain.

I had sent my heroine straight down a rabbit-hole ...
without the least idea what was to happen afterwards.
~ Lewis Carroll


Right Brain Dominant People Who Are Not Comfortable Expressing Creativity...
Right brain dominant people who are not expressing their creativity trust neither the right nor the left side of the brain. They swim aimlessly in the great sea of possibility and often give up and feel unsuccessful, unworthy and even stupid because nothing they do ever gets finished. They are likely to believe the stories that have pigeon-holed them as ditzy, disorganized and sometimes even useless. These people have had little support for their right brain strengths, and even when their creativity is praised, the praise falls on deaf ears. They have lost belief in themselves and their self worth. This is a tragic situation for the person who is born right brain dominant.

Left Brain Dominant People Who Yearn to Express Their Creativity....

The realm of the left brain/rational mind is that of logic, order and definition. Its job is to process information, draw conclusions and complete. It does this in a linear fashion that is antithetical to the right brain's ability to swim in the sea of possibility and mystery.

The left side of the brain does not know what to do with the first spark of creativity; it cannot deal with that which is yet unformed and hence unknown. Therefore, bringing the rational mind into the early phases of any creative undertaking is counter-productive. This is what makes the creative process so challenging for left brain dominant people who yearn to express their creativity.


Marie Louise Frantz was a life long associate of Carl Jung and the founder of the C. G. Jung Institute in Zurich.
Read More

Write What You Know? Maybe it's not such a good idea for the fiction writer!

Write what you know?

This is not only boring for the fiction writer but is contradictory to the basic core of creativity, which by definition brings into being that which has not been before. If you write from what you know, if you remain slavish to the facts of what happen, you are writing out of you conscious mind and will remain stuck in the straight jacket of you conscious perception of “reality.”

That said, there is nothing wrong with using your life or any aspect of your experiences as a jumping off point, as a doorway into the unconscious.

The key is not to be slavish to the known. Rather we need to have our writer’s antenna sensing for the opportunity to slip through the doorway into the unknown.

Gertrude Stein put it this way: “You cannot go into the womb to form the child... What will be best in it (your writing) is what your really do not know now. If you knew it all it would not be creation but dictation.”

Philip Roth, known for his autobiographical writing, said, "By the time the imagination is finished with fact, believe me, it bears no resemblance to the fact." 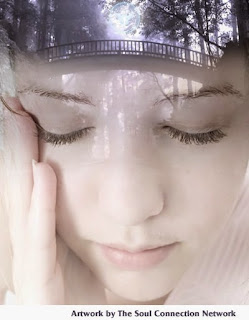 Image as a Bridge Into the Unconscious


How to bypass the dictates of the mind, which is home to the Inner Critic, and write from the heart and gut, which are the realms of the Inner Writer, is basic to my teaching. The best way I know to make this shift is to use the image as a bridge into the unconscious.


Why? Because the image resides in the right side of the brain, the place of dreams and sensations. The Inner Critic is terrified of a place where its logic, judgments, criticisms and evaluations go unheeded.

Why? Because the right side of the brain is far too chaotic, imagistic and sensory for something as complicated as language. Further, the Inner Critic lives to maintain the status quo, something that is meaningless in the cosmic potential of the creative unconscious.

What follows is an exercise that takes you through the process of using the power of the image to unleash creativity. Then there are three writing prompts along with suggestions on ways to move from the free fall of the image into developing character and story born of the imagination.

A New Writing Workshop and Video!

How do we access the wisdom of a life ― wisdom gained through love, risk, successes, failures, challenges met and challenges refused? How do we process and grow with our heartache, passion, laughter and the constant cycles of birth, life and death that are our constant companions?

In my new six month TeleCircle, Tales of the Crone As Told by the Crone, we will do this in a very particular way: through storytelling, whether it be as fiction, memoir, myth, fairytale, poetry or allegory...

And who is our storyteller?
The Crone who lives within each of us and, in her wisdom, compassion and humor, has been a lifelong companion, whether we acknowledge her or not. And when we acknowledge her, what then?

To find the answer, please watch my new video: Tales of the Crone As Told by the Crone.

The TeleCircle meets every other Thursday, starting March 5 at 7 pm eastern time and runs for 2 to 21/2 hours. Each session is recorded.

The Fiction Writer and the Creative Chaos 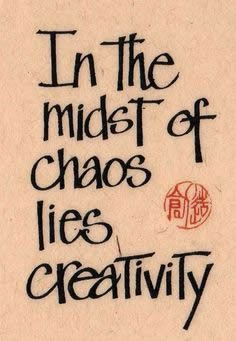 Creative Chaos: It's Difficulty, Its Call, Its Freedom

Creative chaos is probably the most difficult aspect of the creative process. And it is the most mysterious and exciting. This is true whether we are writing a book, creating a garden, redoing our house or deepening our relationships. Whatever the creative undertaking, the centerpiece of the process, especially in its opening stages (which can often last for quite a while) is the creative chaos.

What makes the creative chaos such a difficult part of the process? Consider the word itself: chaos. What do you think of when "chaos" comes to mind? Anarchy. Mobs. Randomness. Out of control. “Oh God, my life is in chaos... My house is a mess... My kids are out of control... my bills are mounting.... Nothing is going right at work... Chaos. I live in eternal chaos! " Sound familiar?


The problem with creative chaos is not so much the actual chaos, but our dumping creative chaos into the barrel of negative life experiences. We do this to the detriment to all our creative expression. Take relationships. To my mind, building strong, life enchancing relationships is one of our most creative challenges.

No powerful relationship in life, including your relationship with yourself, can escape the chaotic fires of transformation. Often, you are brought to the point of desperation. You yell, often in most self-righteous outrage, "I can't take it anymore! I'm out of here!" You think you're leaving the relationship but in truth what you are leaving, what is being burned away and transformed by the chaos, are those parts of the relationship that no longer serve.

I believe the first system that artists/creators must destroy is the nicely ordered system of our persona that struggles desperately to keep hold the status quo. Creativity and creative chaos are warriors of change driven by passion.
Creativity is revolutionary; it is active; it is daring; it requires risk. Creativity is not some law abiding, moderate participator in life!

How the Fiction Writer Learns to Welcome the Unknown 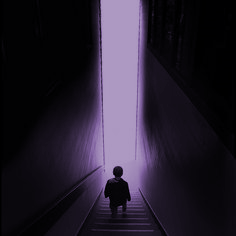 "... the problems of the human heart in conflict with itself... alone can make good writing because only that is worth writing about, worth the sweat and the agony."--  Willliam Faulkner

What is good fiction writing technique? How do we unleash the creative energy through the channels of character and story?

Craft and technique are necessary, but the trick is to not put the cart before the horse. Technical expertise alone cannot release the writer's passion, and the perfectly turned phrase will please the ego, but if it doesn't translate into something meaningful for the character and story, it is so much wasted word count.

The Power of A Good Critique for the Fiction Writer 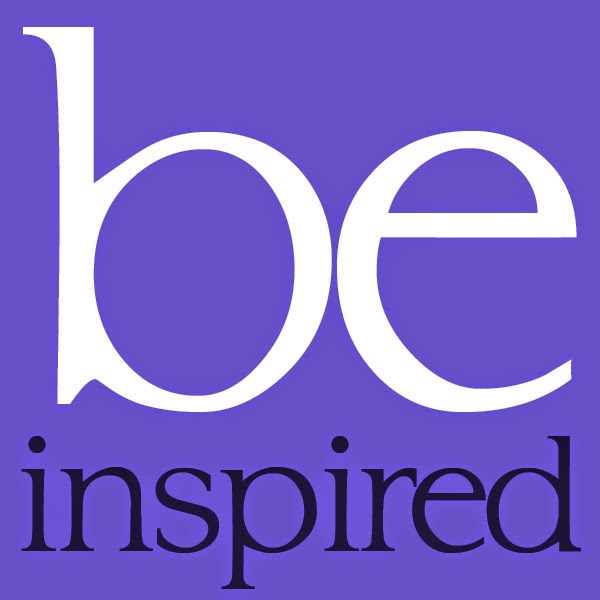 A good critique never leaves you deflated. It always leaves you inspired.


Receiving a critique with curiosity and an open mind and knowing how to critique others writing are two of the most enriching aspects of belonging to a fiction writing workshop. Having your work critiqued in a supportive atmosphere where there is a professional writing coach is a terrific learning experience in many way ways.

Whether you are participating in a writing workshop or working with a private writing coach, a good critique encourages the silencing of your Inner Critic, your willingness to take risks with your writing and releases your creative passion.

The Inner Critic Is Afraid of Your Creativity! 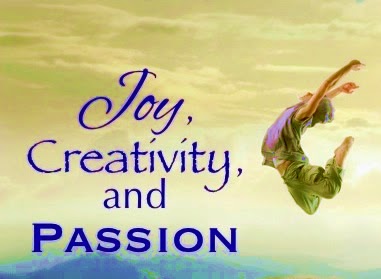 The Inner Critic is terrified of the creative unconscious because it is the home of feelings, emotions, images and it is chaotic and unexpected.

The Inner Critic likes order and loves the status quo, which is antithetical to the creative unconscious.

That's why if you "fall down the rabbit hole" the Inner Critic won't follow you!
Free of the Inner Critic, you have the possibility of experiencing real creative freedom and passionate stories awaits you. Only then can the true dance begin!

The Life Force of Creativity


From Martha Graham to Agnes DeMille 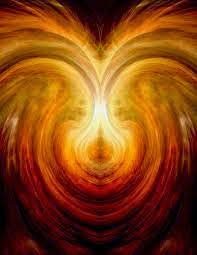 There is a vitality,
a life force,
a quickening that is translated through you into action,
and because there is only one you in all time,
this expression is unique.

If you block it,
it will never exist through any medium and be lost.
The world will not have it.
It is not your business to determine how good it is;
it is your business to keep it yours,
clearly and directly,
to keep the channel open...

View on YouTube my new video: Tales of the Crone As Told by the Crone.

Ready for A Writing Coach?

This blog tells you a great deal about myself as a writer and a writing coach, but that’s really not the point. Why? Because the my coaching is about you, not me! Then, if you choose to work with me, it is about how we work together!

That’s why I suggest you call me. A phone conversation is the perfect way of finding out if my method of teaching and my personality are the perfect fit for you.

This first call is free.

Copyright © 2012 Fiction Writing: The Passionate Journey. Blog of Writing Coach, Emily Hanlon All Right Reserved
Design by Spice Up Your Blog Template by Free Blogger Templates
Back To Top